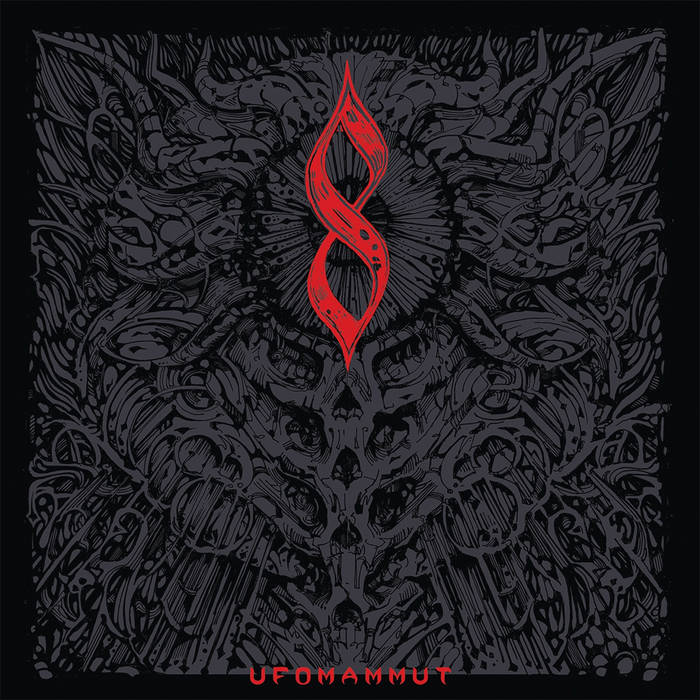 Alienmold Built from Pink Floydian space noise and pure doom this album is so heavy that it's surprising that listeners don't immediately shit their pants when encountering it's girthy grooves.

Lucy Dejima 🎀 Found and bought the vinyl LP at my local record store, sadly the download code was missing so I just bought it again here! (8/10) Favorite track: Psyrcle.

Grimmrobe Crushing doom, as you would expect from the masters. Favorite track: Wombdemonium.

WildboarFF It took me 3 songs to buy the album and I'm on benefits! Favorite track: Zodiac.

Klem Fandango of the Fandango Citadel

8 is Ufomammut’s 8th album, comprised of 8 tracks that flow into each other without interruption.
This flow can also be seen when you tip 8 horizontally, thus it morphs into the leniscate from algebraic geometry – ∞ – a plane curve that meets at central point – or more commonly known as the infinity symbol.
A continuous stream of movement reflective of the uninterrupted nature of the album but also the continued togetherness of the essential elements of the band – Urlo, Poia and Vita – since the beginning of the band’s history in 1999. ∞ tipped vertically sees us return to the number 8.
It must be stressed there is no singular pronunciation of the title, 8 is to be spoken in every language e.g. “eight” in Engish, “otto” in Italian, “acht” in German, huit in french and so on.
8 is a continuous flux of music, a singular entity, which can be defined in micro measurements by its 8 satellite songs.
Each track expands upon the preceding song, unfolding into an exceedingly dense and malevolent journey, resulting in this being Ufomammut’s most extreme venture yet, with no permittance for breathing space in the 48 minutes.
Ufomammut’s status as one of the most potent, powerful and artistic contemporary doom artists in existence continues to captivate the masses, and the band’s worldwide grasp grows wider with each release.
Ufomammut’s live show is supported by the internationally acclaimed video and graphic art of Malleus, a rock artists’ collective of which Poia and Urlo form a part, who conjure the entirety of Ufomammut’s visual impact.

Written and Performed by Ufomammut
Lyrics by Urlo

Produced by Ufomammut and Femore Prod.

Ufomammut is a power trio formed in Italy in 1999, worldwide recognized as the creator of a unique genre of psychedelic sludge: with long songs, droning vocals and massive effects the band combines a monumental riffing attitude with a peculiar kind of psychedelia.
In 2020 Vita left the band that is actually on hiatus. ... more

Bandcamp Daily  your guide to the world of Bandcamp